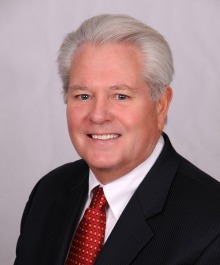 Register for my e-newsletter

Bob and Merrilee Sachtjen live at 1442 Hanover Place in the Savannah Village neighborhood of Waunakee. They have two children (Jason and Alyson) and seven grandchildren, (Brenna, Carter, Delaney, Ella, Emma, Jackson and Luca).  Both Bob and Merrilee are very active in the community.

They are members of Saint John the Baptist Catholic Church where Bob is currently Parish Council President.  He is a Fourth Degree Member of the Knights of Columbus Assembly 1948 and is the Past Grand Knight of the Waunakee Knights of Columbus Council 6371. Bob served as Director of Community Service for the Rotary Club of Waunakee until 2021 and he is a member of the Waunakee Chamber of Commerce.  Bob is the Secretary Treasurer of the Hanover Place Condominium Homeowners Association and he was on the Visioning Committee and an active fundraiser for the new Waunakee Library.

Bob grew up in the Madison area and attended Middleton High School before moving on to the University of Wisconsin in Madison.

After college Bob joined Anchor Savings and Loan on the Capital square in Madison where he initially served as a loan officer in the bank's real estate lending division. It was here that Bob earned his Wisconsin Real Estate Brokers license.  Bob went on to develop the bank's internal training program. In this position Bob was actively involved in upgrading the bank's computer systems and was recruited by Citicorp to manage bank conversions at its Chicago data center. While at Citicorp Bob was recruited by SunGard Data Systems to manage Corporate Trust Conversions for its San Mateo, CA office.  Bob's career at SunGard spanned 28 years and he worked on major stock and bond conversion all over the United States, in Puerto Rico and the United Kingdom.

Bob joined the First Weber team in 2015 and works out of the East Madison office. His motto is, "Personalized service focused on your real estate sale or purchase".  Clients who choose Bob as their REALTOR are guaranteed of getting his personal attention throughout all phases of their real estate transaction.